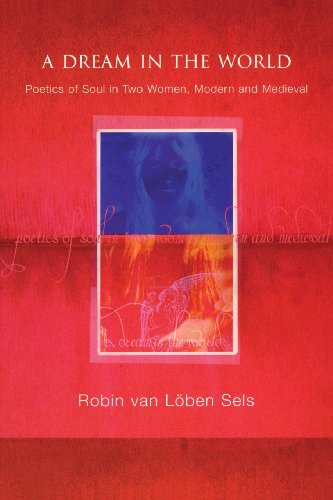 A Dream in the World: Poetics of Soul in Two Women, Modern and Medieval

This book details a classical Jungian psychotherapeutic process through analysis of a modern woman's dreams. It searches out relationship between religious encounter and psychotherapy, and psyche and soul, and it demonstrates the gradual unfolding and maturation of what C.G. Jung called a "religious instinct" in the human psyche.

A Dream in the World explores the possibility of genuine religious experience during the process of depth psychotherapy. At the heart of this book is a series of archetypal dreams presented by the author's patient during an analytic process. These dreams heralded an unanticipated break-through encounter with the divine--an "experience of soul" - that reoriented and energized life and became what the author calls a "dream-in-the-world."

To explore the phenomenology of this religious experience, the author compares her patient's religious encounter with mystical experience in general and with the visions and poetry of Hadewijch of Brabant, a thirteenth century woman mystic, whose ecstatic experience of the divine parallels the patient's material.

"Van Löben Sels demonstrates that human consciousness, when fully opened, forges awareness and relationship with the numinous, which then creates a deepened recognition and acceptance of what is...I wanted to open more personally to the sacred paradox of being half material and half spiritual." Julie Bondanza, Quadrant: Journal of the C.G. Jung Foundation for Analytical Psychology.

"Van Loben Sels has what she calls a ‘psycho-religious attitude.’ Many individuals who went through what was called a "spiritual emergency" in the 1960's and 1970's did not have such a wise midwife to hold their experience of kundalini in their bodies as they broke through to a spiritual consciousness...Sels’s book makes an enormous contribution in its emphasis on the value of body awareness in psychotherapy...we interfere with the evolution of our patients' psycho-spiritual consciousness if we imagine there is a separation between body and soul." Maureen Murdock, Spring 72.